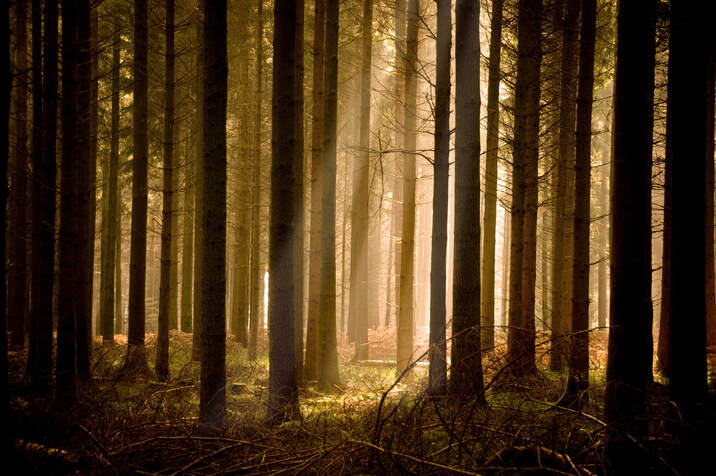 ​The late afternoon sun is still bright in the sky, though you sense twilight creeping in with the lengthening shadows and hazy golden rays that create a vivid contrast of darkness and light on the path before you. You hesitate, your gaze shifting once again to the strange letter you hold in your hand. You don’t need to read it. You’ve gone over it so many times already, you have it memorized, the words as clear in your mind as they are on the crisp, white page.

It's the hand-drawn map that holds your attention now. You are relatively sure that the starting point marked with a small “X” indicates the trail ahead. Even so, finding the beginning is no guarantee you will find the end. The hastily added note at the bottom of your letter explains that the author never finished her quest before her illness set in and the map is incomplete. One of the last things she did before her death was task you with her mission.

What now? Do you take up where your great-aunt left off, attempting to solve a sixty-year-old mystery and find the missing loot from a bank robbery gone wrong? Family legend says your ne’er-do-well grandfather hid the money somewhere in what is now the Wheeler Game Preserve before making the fatal mistake of attempting a getaway through Martin’s Marsh. You know your Great-Aunt Rebecca always wanted to find and return the stolen money, hoping to at least somewhat restore your family’s honor among the other prominent, old families of Sleepyside-on-the-Hudson.
​
But… still. You aren’t sure what to make of the oddest part of Rebecca’s letter. Why does she insist that you must only accept this challenge on Halloween, and why must it be Halloween night? No matter how many times you turn the matter over in your head, it makes no more sense than it did the first time you read her letter after her funeral last winter.
​
You study your eerie surroundings once more. Faint tendrils of fog are just beginning to rise, wrapping ghostly fingers around the dark tree trunks and you shiver as a chill wind sends dry leaves dancing across the ground. You draw in a deep breath. You promised yourself you'd at least consider Rebecca's request and you got this far. Now it’s time to make a decision.
You want to redeem your family as much as your Great-Aunt Rebecca did! Enter the preserve.
Or...
It’s pretty clear Rebecca had suffered some sort of mental decline along with her cancer. Who sends someone on a treasure hunt in a forest after dark on Halloween night? You’d rather enjoy a bit of fireside reading as you wait for eager trick-or-treaters to knock on your door.​ Head home. ​